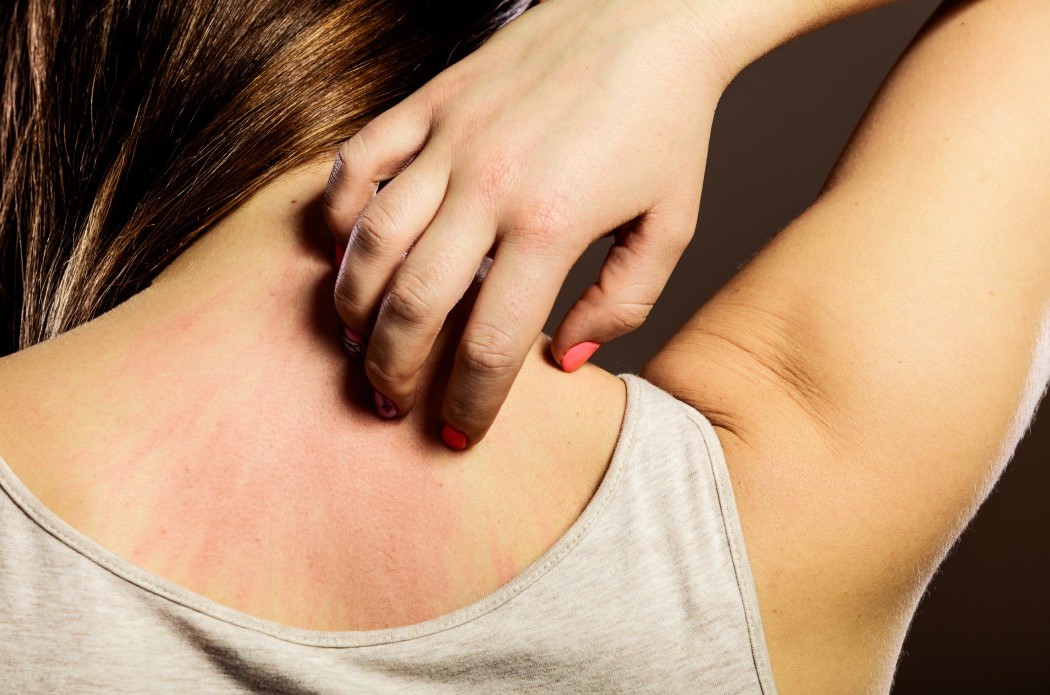 Psoriasis is a dermatological disease that affects many people. It is assumed that at least 2 percent are struggling with it. Its main feature is maculopapular changes and a significantly shortened cell cycle of the epidermis compared to the cycle of cells not affected by psoriasis (from about 28 days to 4 days). It is manifested by its keratosis and the formation of clearly noticeable scales.

Psoriasis is not contagious, but it is a chronic disease that can become active at any age. It is characterized by periods of remission and relapse of symptoms, which may occur due to various factors. Let’s take a closer look at the types of this disease and examine the main symptoms.

Types and symptoms of psoriasis

Many types of psoriasis differ in terms of their location and symptoms. The most common varieties include:

There are several other forms of skin psoriasis, but less common ones, such as pustular psoriasis, nail psoriasis, exudative, senile, dirty, and warty psoriasis. The disease can even take a generalized form, that is, occur almost all over the body – this state of affairs is called erythrodermic psoriasis.

Also, mechanical trauma, such as a scratch or abrasion from clothes, can cause new eruptions, often linear (Koebner’s symptom). Symptoms of psoriasis can appear practically all over the body – from the knees and elbows, through the trunk, to the face, scalp, and nails.

Psoriasis (especially scalp psoriasis) can be a therapeutic, social, and economic problem. However, treatment cannot be stopped. It is important because the skin performs important functions: on the one hand, it is a barrier to damaging factors coming from the external environment (bacteria, viruses, fungi, low and high temperatures, radiation, mechanical factors), and on the other hand, it is an active tissue that takes part in human life processes and has a significant impact on the overall immunity of the body.

The defense capabilities of the skin of a person who has psoriasis are smaller than in a healthy person. The damaging stimulus causes a pathological repair process and, as a result, a psoriatic lesion. Ensuring that this change does not develop is the primary responsibility of the sick person.

Which diseases coexist with psoriasis?

Due to the presence of generalized inflammation, psoriasis is more and more often regarded as a systemic disease. The occurrence of severe skin lesions is accompanied by an increased risk of developing diseases, such as:

The primary skin lesion seen in psoriasis is a red, red-brown papule covered with a silvery scale. After scratching the scales, a shiny, waxy surface appears (a symptom of a stearin candle) and small droplet-like bleeding.

Eruptions spreading circumferentially create larger lesions, even a few centimeters in diameter, the so-called discs. The lesions can appear anywhere, but the most characteristic is the involvement of the hairy scalp, elbows, knees, and the lumbosacral area.

What are the causes of psoriasis?

The most common factors that may initiate or exacerbate the skin lesions are infections (bacterial, viral and fungal), mechanical injuries (cuts, surgical procedures, thermal and sunburns). It may be stress and strong mental experiences, some anti-inflammatory and cardiological drugs, smoking, hormonal and metabolic disorders (puberty, pregnancy, menopause).

In general, psoriasis occurs without subjective symptoms; however, it may induce such symptoms in some forms and locations. Itching is one of the more troublesome symptoms of the disease that can interfere with daily functioning. Hyperkeratosis and dry skin in the course of psoriasis intensify its intensity. Moreover, skin lesions appear in places damaged by scratching (Köbner’s symptom – linear sowing of lesions resulting from an injury, in the active phase of the disease). Occasionally applied topical preparations may increase the itching, which may be caused by an allergy or intolerance to these preparations’ ingredients.

In all forms of psoriasis, large intra- and extracorporeal factors can initiate or worsen the disease process and trigger further relapses. The most common triggers are:

Psoriasis affects the patient’s quality of life, his general health, and also his mental state. It is extremely important to undertake effective treatment, including not only pharmacotherapy but also preventive measures, e.g., changing the diet. Dermatological treatment is required, and in some cases, psychotherapy may be necessary because the disease affects the low self-esteem.

In the general treatment of psoriasis, retinoids, methotrexate, and hydroxyurea are used. Cyclosporin A, sulfasalazine, ketoconazole, and in some forms, when an infectious outbreak is suspected, antibiotics are used.

A diet in psoriasis should be easily digestible, low in animal fats, and pork. There is probably no other skin condition with as many treatment options. Most psoriasis patients are confined to <10% of the body surface area. These patients can only be treated topically.

More severe disease requires combination therapy (general treatment with local treatment). The most important aspect of psoriasis treatment is the physician’s consideration of the patient’s comments and sensitivity to his needs.

The mainstay of local treatment is the removal of scales in the first stage, and then the inhibition of excessive epidermal proliferation.

How to care for psoriatic skin?

Proper care is also important in the treatment of psoriasis. The skin should be regularly cleansed of flaking epidermis and moisturized and lubricated, which will help relieve itching. Dermocosmetics, based on urea, vegetable oils, allantoin, and paraffin, will be helpful. Antipruritic and anti-inflammatory effects are demonstrated by preparations (e.g., ointments) with the addition of ichthyol. It is worth considering the so-called balneotherapy, i.e., baths in the sea or thermal waters, which help remove psoriasis scales and soothe and disinfect inflamed skin.

What to do after treatment is finished?

Psoriasis (especially scalp psoriasis) is a chronic disease with periods of remission and exacerbation of skin lesions. In the period of remission (remission) of parenchymal lesions, avoid factors that may contribute to the exacerbation of the lesions (treatment of caries, avoiding colds, smoking ban, avoiding certain medications). Besides, dry skin should be avoided by using appropriate emollients.

All patients must strictly follow the doctor’s instructions and take the appropriate medication. It is also necessary to take courses of therapy that will help control the disease and improve feelings.

Hemorrhoids – All You Need to Know About It