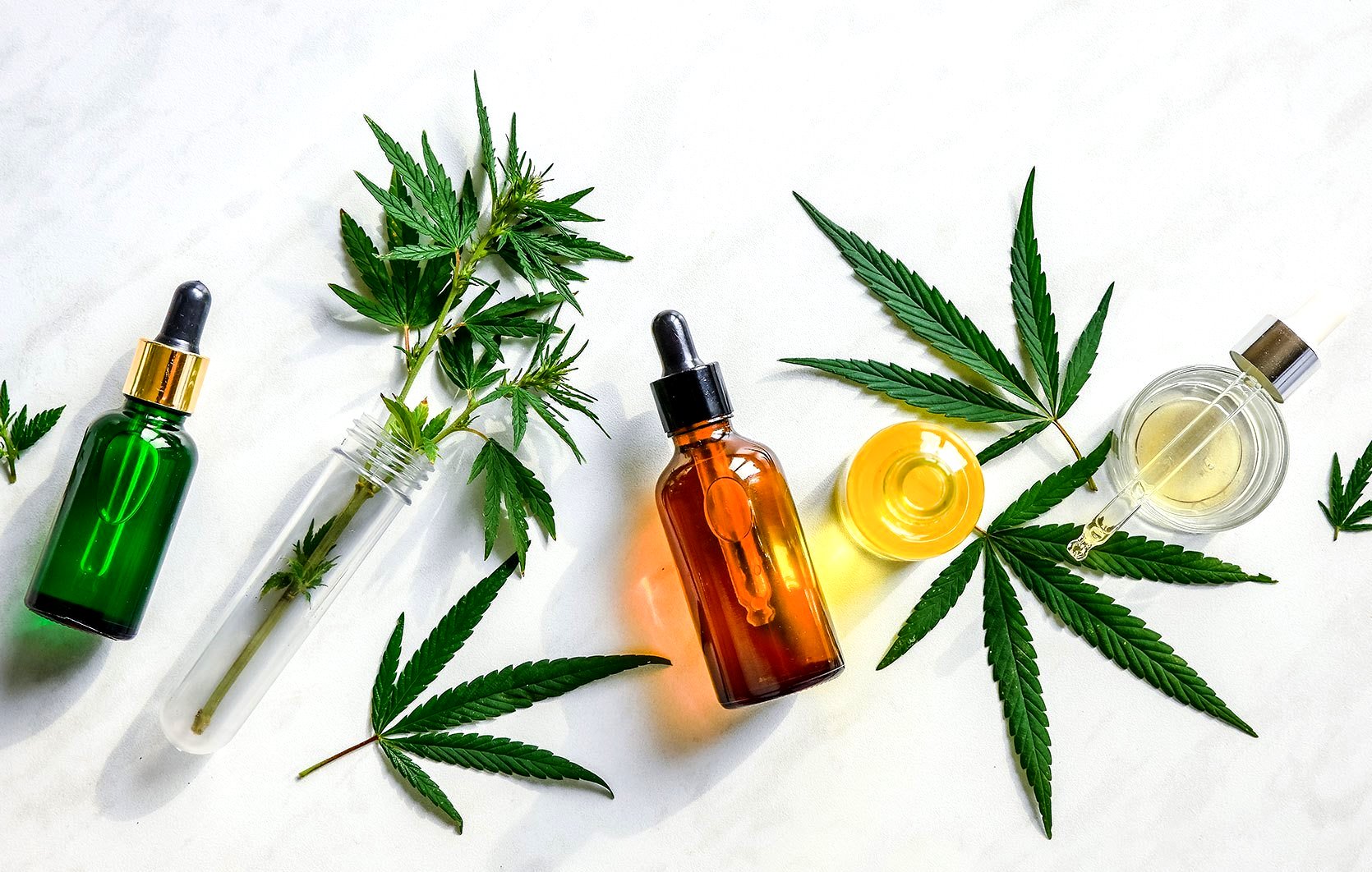 Cannabidiol, known as CBD, is one of the key ingredients of hemp that has aroused scientists’ curiosity, doctors, the public, and consumers for many years.

CBD cannabidiol, unlike THC, does not exhibit any intoxicating properties with which marijuana is often equated. It is obtained from completely different legal varieties of cannabis, the so-called hemp.

Research is currently underway to demonstrate the therapeutic and even therapeutic efficacy of CBD cannabidiol. We are also better aware of its positive impact on the key areas of the human body’s functioning. Evidence for the pro-health effects of CBD cannabidiol in the vicinity of the full spectrum of other cannabinoids, terpenes and flavonoids is increasing. At the same time, there is no information about any harmful effects.

What is CBD cannabidiol, and how does it work?

Cannabidiol CBD is one of the phytochemicals found in cannabis. These plants are a rich source of over 100 different health-promoting plant ingredients. Scientific nomenclature gives them the name of cannabinoids.

So what is CBD? The difference between CBD and THC is, among other things, but not only that CBD cannabidiol is not a compound with intoxicating properties.

The use of CBD preparations does not cause intoxication or changes in the state of consciousness. Preparations such as CBD oil are therefore safe for everyday use and normal functioning at work and home.

What potential properties does CBD cannabidiol have?

Research conducted by the British Journal of Clinical Pharmacology in 2013 proved that CBD has a positive, stimulating effect on the activity of the endocannabinoid system.

By affecting this key system, CBD cannabidiol surrounded by the full spectrum of other cannabinoids as well as terpenes and flavonoids may minimize seizure activity also in drug-resistant epilepsy. Besides, CBD cannabidiol can aid in medical therapies to treat inflammation.

Another aspect is the potential antimicrobial properties of CBD cannabidiol, preventing uncontrolled and unfavorable reproduction of these microorganisms, especially from the gram-positive group.

So, what are CBD oil effects? CBD can be effectively used prophylactically and in the therapeutic practice of mental disorders such as depression, anxiety, psychosis, and schizophrenia.

It has also been shown to have neuroprotective effects in suppressing the symptoms of the aging processes associated with dementia.

Surrounded by other cannabinoids, terpenes, and flavonoids, cannabidiol CBD has analgesic properties. It soothes and relieves pain, also in its chronic forms. CBD cannabidiol has been studied for numerous other health-promoting properties.

How does CBD cannabidiol work?

It is responsible primarily, but not only for regulating body temperature, blood pressure, sleep quality, appetite, mental mood, energy management, and pain sensation. Holistically, all these properly functioning processes make up what we call homeostasis, i.e., the state of a perfect harmony of the functioning of all human life processes.

In a state of homeostasis, the body is believed to have a strong self-healing capacity. A healthy body produces endocannabinoids for its own needs. Anandamide is such an important, if not the most important, endocannabinoid, and the second is 2-AG. Disturbance of homeostasis and the body’s ability to self-regulate may be caused by numerous internal and external factors, such as:

Homeostasis can be permanently disrupted, and its restoration requires the supplementation of chemical compounds with effects similar to endocannabinoids. These compounds can be of natural origin, or they can be artificially produced in laboratory conditions. It is widely believed that natural chemicals can be just as effective but have a lower risk of unwanted side effects.

Such compounds are natural cannabinoids, including the natural CBD cannabidiol, the perfect and safe source of CBD hemp oil, also known as CBD oil.

Cannabidiol CBD inhibits the breakdown of anandamide and helps keep anandamide levels high in the body. Anandamide is associated, among others, with mental health, as discussed in more detail in this article: CBD and depression.

The interaction of cannabinoids with CB1 and CB2 receptors while affecting other functional areas of the human body is complex and multifaceted. One application may derive from the interaction at different sites and through different mechanisms.

What do we know today? Cannabidiol directly activates the work of serotonin 5-HT1A receptors – it is associated with the use of:

Cannabidiol activates the work of vanilloid receptors (TRPV1) – it is associated with its analgesic use. The name comes from the fact that CBD works similarly to eugenol in the popular vanilla – for hundreds of years, it has been used, for example, for headaches. Interestingly, anandamide also binds to TRPV1 receptors, enhancing their activity (like in CBD hemp oil).

Cannabidiol deactivates GPR55 receptors’ work – it acts as an antagonist, i.e., inhibiting their work. GPR55 is found primarily in the cerebellum and is involved, among other things, in regulating blood pressure or tissue density. Overactivity of GPR55 receptors is associated with the development of osteoporosis and the accelerated multiplication of cancer cells. Inhibition of GPR55 receptor activity by CBD has been associated with anti-tumor and anti-osteoporotic uses of cannabidiol.

A characteristic feature of natural nutraceuticals such as CBD oil is their chemical diversity. The composition structure, i.e., the composition of terpenes cannabinoids and flavonoids in ready-made cannabis preparations, shows a strong differentiation not only between preparations from different manufacturers/brands. The CBD oil benefits are obviouse. You can get a ton of benefits and reduce pain.

There is currently no way to standardize cannabis breeding effectively. So a plant can’t have an identical composition of cannabinoids, terpenes, and flavonoids. It does not matter that sowing is made from the same certified and standardized seeds. This composition is influenced by so many independent human factors that it is hard to imagine that full standardization will ever be possible. Even in indoor greenhouse conditions, this seems to be an extremely difficult task.

Since we are not (yet) able to standardize the material processed into natural preparations, the preparations themselves will also differ from one batch to another. Even if they are produced by the same producer, using the same methods, but using material obtained at different times and from different places. It is the case now, and there is no indication that this situation will change shortly.

At the moment, CBD full-spectrum hemp oil (or CBD gummies) from a reputable manufacturer should be standardized, at least for the main cannabinoid content – cannabidiol CBD.

Whenever possible, it is worth reaching for oil containing a full composition of other cannabinoids, terpenes, and flavonoids. It is because only preparations with a full spectrum of phytonutrients allow the synergy effect to occur. The structure of this composition, i.e., the amount or concentration of health-promoting chemical compounds of natural origin other than CBD and THC with such a gigantic amount, will remain diverse.

The physicochemical characteristics of hemp preparations, such as smell, taste, consistency, or color, can also testify to the quality of the preparation, as they are a direct consequence of the finished preparation’s chemical composition.

Hemorrhoids – All You Need to Know About It

Keto Diet – What is the It? |Main Features 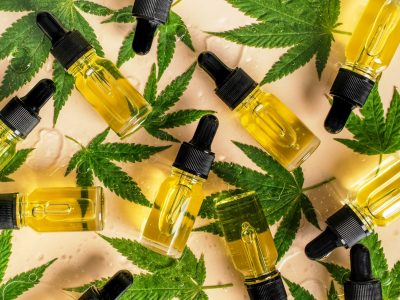 Many scientific studies have proven the effectiveness of CBD oil to treat various diseases and ...
By Health Magazine
September 7, 2020 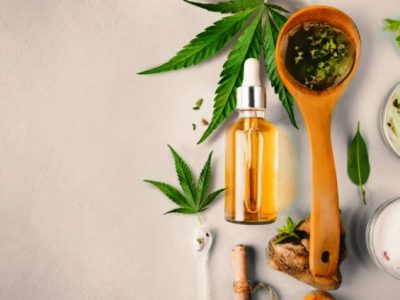 CBD oil is an oil that is created from the cannabidiol extract found in medicinal ...
By Health Magazine
September 7, 2020